Consistent with the statement “Concrete Raising of only makes money when YOU make money,” are granted, not sold.
This commitment not to sell a system to additional owners/operators within the geographical boundaries of your designated territory ensures our continued support and goodwill toward you.
The territory will be mutually agreed upon by and you based upon the capacity of your operation and the population base.  Typically, it has been the experience of that a new Franchise, with one Volumetric Mobile Mixer, one crew, and one salesperson, can cover an area that is comprised of a population of one million people – in general this has translated into a 50-mile radius of a metropolitan area. 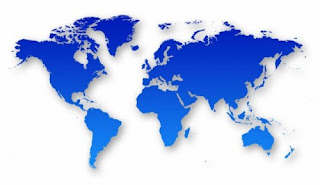 Key Advantages To You:

§        You will not have to compete with another within your geographical metropolitan area;
§        Revenue increases resulting from your efforts within your territory are realized by you;
§        to develop a larger territory to its fullest potential, at your discretion;
§        Ability to confidently exchange best practices and ideas with other franchise owners/operators, secure in the knowledge that you can only gain from shared information with those individuals ( ); and,
§        We additionally, allow for future growth/expansion potential by means of identifying “Right of First Refusal” territories as agreed upon by you.
It may be important to note that Concrete Raising is not interested in establishing company-owned franchises other than the facility, and has no immediate plans to develop such.
Posted by CRC Concrete Raising at 2:45 PM

CRC Concrete Raising
CRC has been in the concrete raising business since 1947, developing state-of-the-art processes and technologies within the concrete grouting industry.